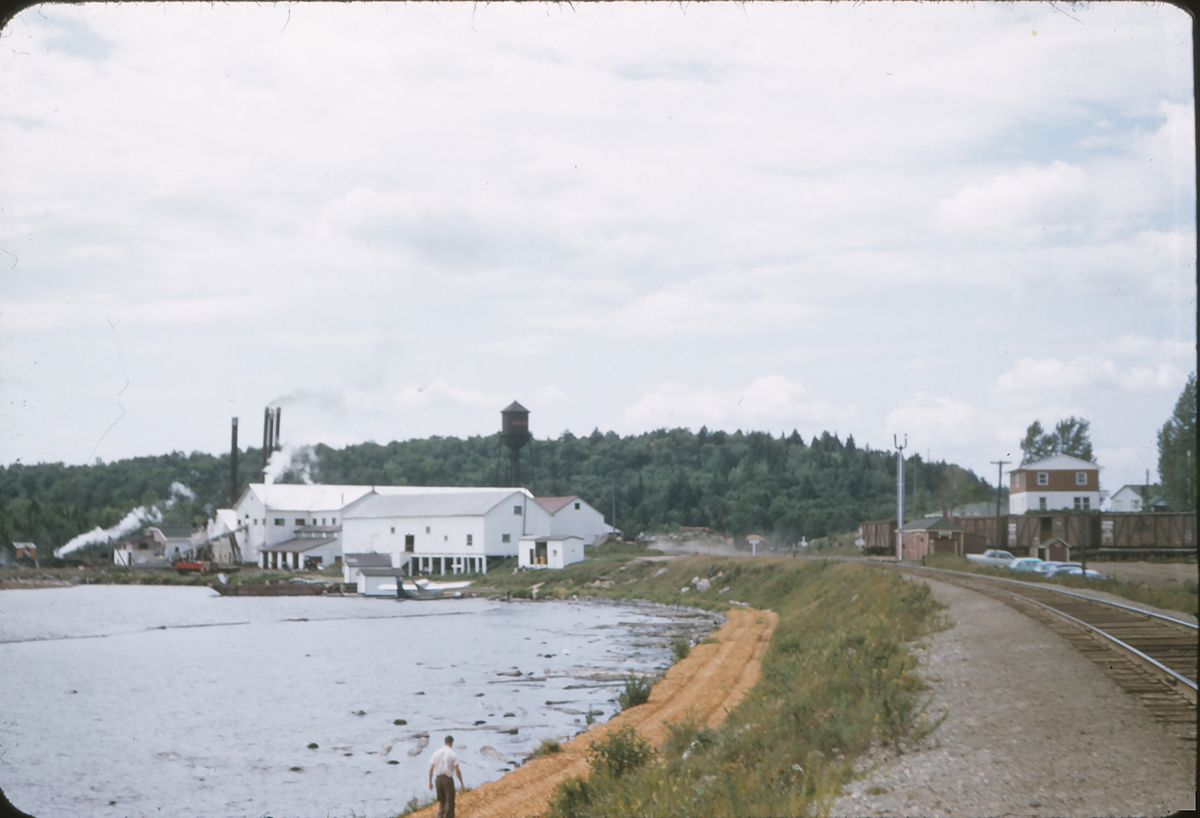 The village of Kiosk was located on Kioshkokwi Lake, which is now a campground. The Village/Campground is on the north shore of Kioshkokwi Lake. The abbreviated name Kiosk or Kioshkokwi means “lake of many gulls”.

Many lumbermen stayed and brought their families, while other families arrived to work the rich farm land. As time went by, the sawmill changed hands. It was taken over by J.R. Booth in 1902, then by Sydney Stanisforth in 1936. It developped into a busy town with a train station and schools. Then tragedy struck in July of 1973, when the mill burnt to the ground. The community was demolished in the 1980s and is now a recreational area.

The first white settlers to arrive in this region was in the 1840’s. They were lumbermen who came to work for the Mackey Lumber company or farmers that wanted to work the land and sell their supplies to the lumber companies that were working in this area.

THE KIOSK STORY: The Saga of Life, Logging & Lumbering In & Around Northwest Algonguin Park by Doug Mackey