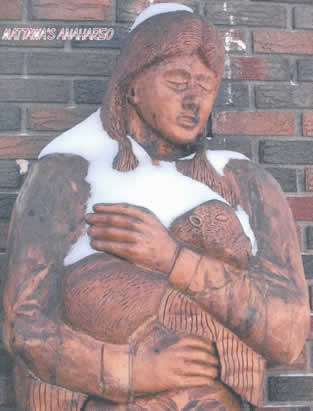 Anahareo’s real name was Gertrude Bernard. She was born on June 18, 1906 and raised in Mattawa, Ontario . She was of Native ancestry.

After a whirlwind courtship, she married a trapper named Archie Belaney a.k.a. Grey Owl, in 1926. They used the Mattawa River to get to Temagami where they lived at one time.

Anahareo died on June 17, 1986 in Kamloops, British Columbia and is buried next to her husband, Grey Owl, at Beaver Lodge on Lake Ajawaan, Prince Albert National Park, Saskatchewan.