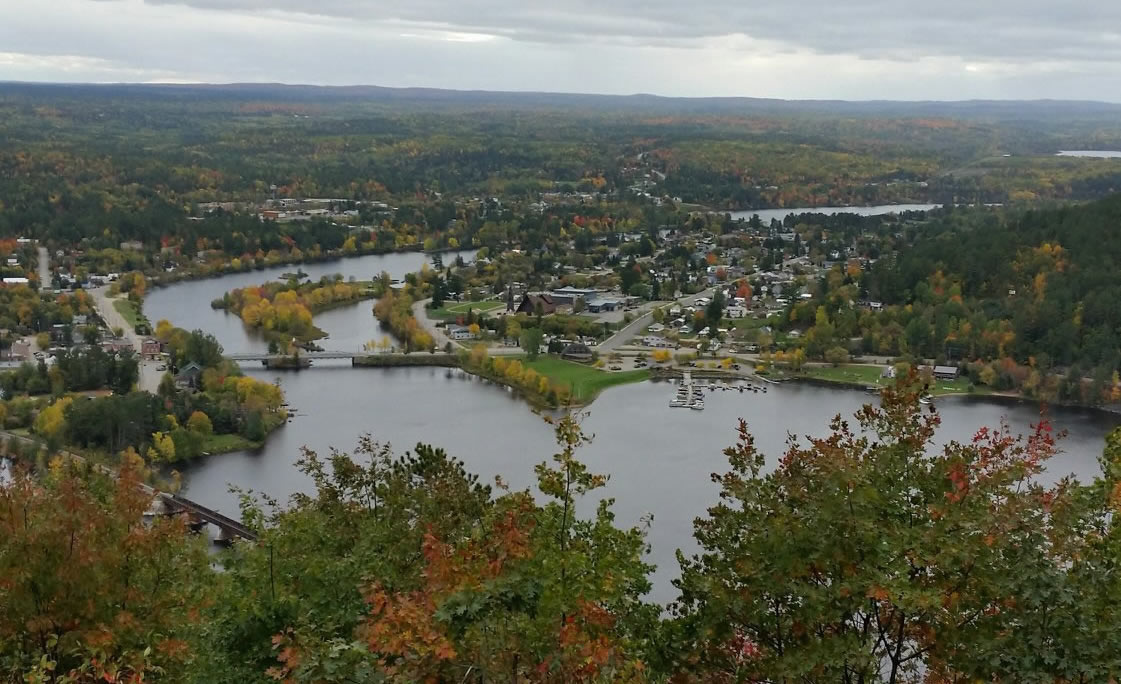 The Town of Mattawa is located at the junction of the Ottawa and Mattawa rivers.  Mattawa in Ojibway means Meeting of the Waters. The convergence of the two rivers meant that this site has held an important position for the people who traveled this historic waterway to explore the rest of Canada.

Many explorers like Étienne Brûlé (1610), Samuel de Champlain (1615), and Pierre Radisson (1659), passed through Mattawa, plus Jesuits like Father Jean de Brébeuf (1626) and Father Lalement (1626) also rested here before pushing onward to Lake Nipissing and the interior of Canada.

Mattawa was incorporated as a town in 1892.

There are many beautiful vistas in Mattawa, but the best place to view the town is from the Three Crosses at the crest of the Laurentian Mountains across from the Town of Mattawa on the Québec side.

The Three Crosses were erected on this site in 1686.  During their trip up the Ottawa River, a group of explorers and missionary priests stopped at Explorer’s Point to repair their canoes.  In commemoration and by order of Sieur de Troyes, they decided to mark the place where the two rivers meet and erected the Three Crosses at the crest of the Laurentian Moutains which overlooks Explorer’s Point.

Views of Mattawa from the Three Crosses through the years

Mattawa: The Meeting of the Waters (1980) by Léo Morel
Mattawa: Our Timeless Town (1999) by Gérard N. Therrien

Old footage of the Mattawa flood in the late 50’s ?